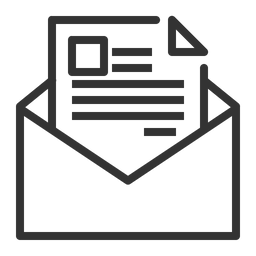 From the Olympics to the pitching mound, the sports world has been home to some of the most riveting landmarks in Native American history.

Everyone knows about Jim Thorpe’s heroic run across the finish line at the 1912 Olympics and the impact it had on society’s understanding of Native Americans in sports. However, Jim Thorpe's story is just the tip of the iceberg when it comes to landmark moments in Native sports history. Jim Thorpe was not the first Native American athlete to compete in the Olympics and certainly was not the last. Little by little, we piece together the history, highlighting moments often marginalized. The sports world is a treasure trove of hidden history. Frank Pierce was a Seneca Nation member from New York who represented Pastime Athletic Club of New York City. He was a distance runner who ran at the St. Louis Olympic Games in 1904, despite not being mentioned in the newspapers covering the Olympics that year. He would eventually receive the recognition he deserved and became known as the first Native American to compete in the Olympics.

Thomas Longboat was an Onondaga distance runner from a Six Nations Reserve near Ontario. Longboat began his running career in 1905 when he won the Victoria Day race in Ontario. He took off from there, eventually gaining the title of the "bulldog of Britannia." He won the 1907 Boston Marathon in a record time of 2:24:24, which was four minutes and 59 seconds faster than any of the previous ten winners of the event. He later competed in the 1908 Olympics in London, and, in 1909, won the title of Professional Champion of the World.

Charles Bender was a professional baseball player active from 1900 to the 1910s. He debuted in the major leagues in 1903 at age 19 with the Philadelphia Athletics, and quickly became a sensation, leading the Athletics into back-to-back World Series wins in 1905 and 1906. His big feat, however, came in 1911 when Bender tied a world record by pitching three complete games in a single World Series. He later went on to play with the Baltimore Terrapins, the Philadelphia Phillies, and the Chicago White Sox. He was inducted into the Baseball Hall of Fame in 1953. Jim Thorpe has a legacy that touches many facets of the sports world. He is often recognized as one of the first Native American football players (though this is often disputed), and coached the first entirely Native American football team. His big athletic break, however, came with his notorious race in the 1912 Olympics, in which he competed in the decathlon and pentathlon with borrowed running shoes due to the fact that his shoes had been stolen by a competitor. Despite the adversity, Thorpe persevered and won both gold medals, making him the first Native American gold medalist in history.

Originally put together by businessman Walter Lingo to market his Oorang dog kennels, the Oorang Indians were a traveling NFL team from LaRue, Ohio, composed entirely of Native American players. While the team only played professionally for one year, it fostered some incredible athletes and gained notoriety within the American football scene for its fierce competition and rowdy off-the-field behavior. Coached by a pre-Olympic Jim Thorpe, the team became a beacon of hope for future Native athletes who wished to pursue a career in football.

Born in Pine Ridge, South Dakota, Billy Mills shot to fame as an athlete after taking up running while attending the Haskell Institute, where he won the 1956 KSHSAA Class B State Championship in Cross Country. In 1964, he took on the 10,000-meter run, winning the gold is what is still considered one of the greatest Olympic upsets in history due to his status as an unknown. To this day, Billy Mills is the only winner of the 10,000-meter run from the Americas.

Beginning table tennis at the age of nine, Angelita Rosal hit the ground running, and attended her first U.S. Olympic Training Center at age 11. She won the national Under-Thirteen championship in 1968 and took the Under-Fifteen crown the following year. Rosal continued with her unstoppable career with successes in four out of ten USA Table Tennis National Championships that she attended. It's no wonder she was inducted into the Indian Athletic Hall of Fame and the United States of America Table Tennis Hall of Fame, being the first woman to be inducted into both.

Beginning her basketball career early, becoming an incredibly valuable player on both her high school and college team. Ryneldi Becenti began her professional career with a big move, playing internationally in Sweden, Greece, and Turkey until getting signed in 1997 with the Phoenix Mercury in the WNBA as a free agent for its inaugural season. She quickly became a fan favorite and an inspiration no matter whose team she played on. During her career she played for the Chicago Condors and in the American Basketball League, receiving a place in the American Indian Athletic Hall of Fame in 1996, making her the first woman to be inducted.

This Albuquerque native showed skill from the beginning, making his way to Stanford University and playing on the golf team next to then teammate Tiger Woods. After succeeding as a member of Stanford's 1994 NCAA Division I Men's Golf Championship team, Begay became professional in 1995. Begay shot a 59 in the 1998 Nike Tour, making him one of the very few golfers to do so. He hit the PGA Tour in 1999, racking up a pair of wins in each of his first two seasons. Over a period of nine months, Begay recorded four PGA Tour wins, with two more wins coming in successive weeks. He is still recorded as the first Native American to compete in or win a PGA Tour. Beginning her artistic career at the age of three with dancing, Lang performed with the Grand Rapids Ballet Company and studied ballet at the Interlochen Arts Academy until the age of 15. She moved on to figure skating and, within months, became champion material. In 1995, she won the U.S. Novice title and, in 1996, won the U.S. Junior silver medal. Lang and her partner, Peter Tchernyshev, won their first U.S. national title in 1999. The following season, they took home the gold at the 2000 Four Continents Championships and placed 8th at the 2000 World Championships. They later went on to win five national titles, and, in 2002, placed 11th in the Winter Olympics, making Lang the first Native American woman to compete in the Winter Olympic Games.

Madison Hammond hit the field at nine years old when she joined a girls' soccer club near her mother's base in Virginia. Hammond started her professional career with the OL Reign in 2020 as a non-roster invitee during the 2020 NWSL Challenge Cup before making her NWSL debut as a pro during the 2020 Fall Series. In 2022, Hammond was traded to the newly created Angel City FC, where she continues to play.

The son of Olympic Marathon Runner Jen Allred, Powless was born with racing in his blood. Beginning her career in 2015, Powless has won over 10 races worldwide between 2016 and 2022, making him one of the most impressive cyclists still competing. His most exciting feat, however, came in 2021 when Powless competed in his first Tour de France, making him the first Native American to ride in the Tour de France.

Off the Olympic rink, you can catch Roque playing forward on the Minnesota section of the PWHPA. Roque began playing hockey at the age of six, playing on the boys' team due to the fact that there was no option for young girls in hockey. In high school, she became the only freshman to play for the Sault Area High School Blue Devils varsity team. At the University of Wisconsin, Roque racked up many awards for her skill and joined the PWHPA immediately after graduating. Roque represented the U.S. at the 2014 and 2015 IIHF World Women's U18 Championship, winning the gold in 2015. Her success with the PWHPA ultimately led Roque to the Olympics, where she would represent the U.S. at the 2022 Beijing Winter Games, making her the first Native American to play for the U.S. women's Olympic hockey team. Help us celebrate Native American Heritage Month by learning about and supporting our Native community. Need a place to start? Start here!