It’s always inspiring to explore the beauty and significance, depth and diversity of Indigenous cultures and peoples.

“What started at the turn of the century as an effort to gain a day of recognition for the significant contributions the first Americans made to the establishment and growth of the U.S. has resulted in a whole month being designated for that purpose.”

You’ll learn that on nativeamericanheritagemonth.gov — a collaborative project of the Library of Congress and the National Endowment for the Humanities, National Gallery of Art, National Park Service, Smithsonian Institution, United States Holocaust Memorial Museum, and U.S. National Archives and Records Administration — where you can dig in for all kinds of informative Native American content.

You can also dig in right here at C&I throughout November as we commemorate National Native American Heritage Month with some of the best of our own content.

We’ll look at the past, present, and future, highlighting Native voices across the West and beyond. 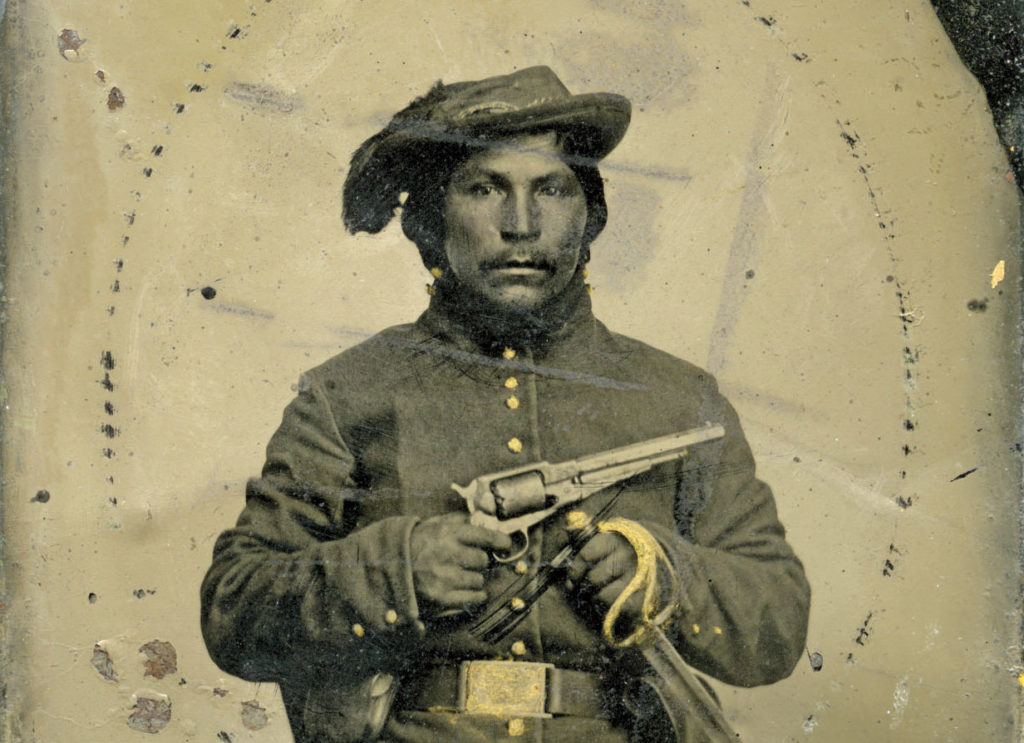 A Native soldier during the Civil War Image from our 2017 photo contest Wes Studi in the film "Geronimo" There are amazing milestones: Deb Haaland now serves as the secretary of the interior, and Nicole Mann just became the first Native American woman in space as the mission commander of NASA’s SpaceX Crew-5 mission to the International Space Station. Fashion design by Sho Sho Esquiro premiered at the 2019 SWAIA From sea to shining sea, from the pages and platforms of Cowboys & Indians, it’s a never-ending celebration of the wonderful richness that is Indigenous America.
Come back every day to see the treasures that await. Fashion
Weaving the Spirit of the West: The New Wrangler x Pendleton Collection
×