Why this particular Indian Market is special

It’s not just that it’s 100 years of Indian Market in Santa Fe. It’s also extra-special because it’s after COVID. It was so intense two years ago when they cancelled it. It was such a sad time. So many artists and galleries too depend on Indian Market for their income for the whole year. Last year was an abridged version; they did their best with barriers and social distancing. This is the first year back. I think it’s going to be such an extra-special experience. Memories of markets past

I first attended with my dad [Ben Nighthorse Campbell] when he showed — probably the first time was in 1977. That was back in years when artists were only around the plaza itself. It seems like back then it was about 100 artists. Now there are literally hundreds, and all up and down the side streets. It’s massive now compared to what it once was. Now it seems like only top Native American artists are invited to show. So it’s a highly curated environment of artists, and that’s a big change. It’s wonderful how many artists have the opportunity to participate in what is the biggest Indigenous market in U.S. In the early days I recall from attending with my parents what a joyful time it was. Artists were doing the lion’s share of their business for the year. "Peering Out" by Edward Aldrich; 11 x 14 oil paint on canvas

"A Light On the Sea of Grass" by Edward Alrdrich; 10 x 24 oil paint on canvas "No Fear" by Lyn Boyer; oil paint on canvas 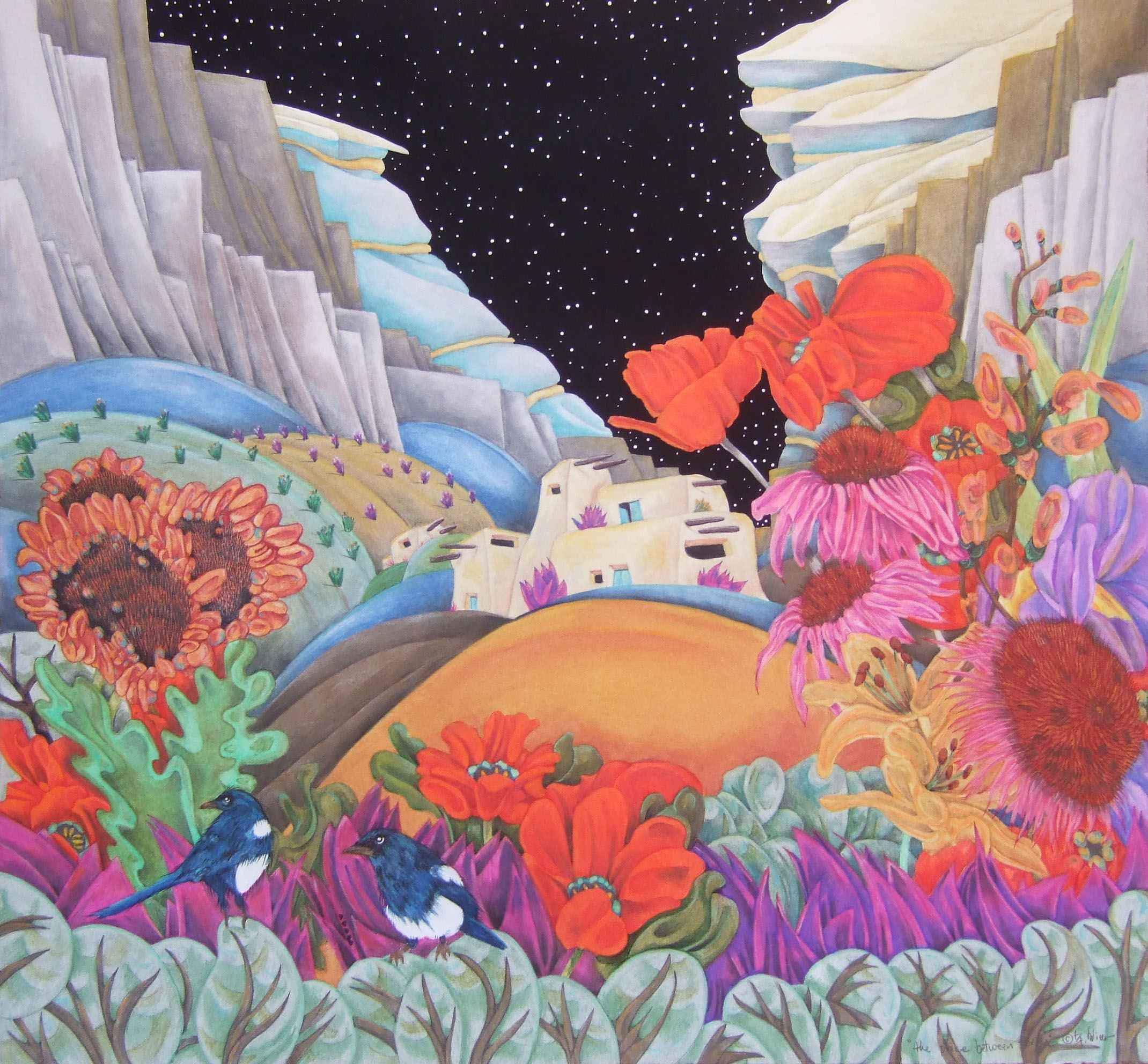 "Venture Into Color" by BJ Briner On the business side

It’s only two days, so it’s a very concise market. It’s incredible what kinds of serious buyers come in for it. It’s wonderful for the artists and galleries. I remember as a small child of about 7 attending shows. The shows now are many and elevated: Galleries put their best foot forward with the best artists, openings. All in all, it’s a very fun time. People literally camp out to be able to be there. You still have very sought-out artists that sell out right away — sometimes just an hour after the show started. And as soon as the sold-out artists leave their booth, someone else moves into the space. Indian Market just feels like old home week. Some of these folks have been showing for decades. For a long time, you always knew where to find the artist — same place, same booth. That has changed since it’s gotten bigger. I attended with my dad all the years he was showing. When he got into Congress, he stopped doing shows because people just wanted to talk politics. That was a bummer because it was something he really enjoyed. I was in my mid- or late teens when I stopped going with my dad, but I always attended. I remember flying in from Washington to be at the market representing the Smithsonian. No matter what I was doing in my own career, I seemed to have a reason to go to market: as a gallery dealer, then gallery owner. I would go with different perspectives and in different capacities, but it was always a wonderful time. It’s just the best of the best in Native American art.

At Sorrel Sky, we have a kickoff Thursday night show focusing on photogapher David Yarrow, who will be giving a talk. It’s standing-room- only crowds for him. Friday night is our group show — it’s really, really big. We highlight Kevin Red star, my dad, Ray Tracey, Cody Sanderson, Shane Hendren, Victoria Adams. They are all here and present at the gallery. Some have booths at market, some don’t. They go back and forth between the gallery and booths.

Why Indian Market is a must

It’s one of the most special shows you could ever attend, a given if you have any interest in Native American art and culture. There’s dancing and just an explosion of Native art and culture. The big SWAIA Indigenous fashion show is so much fun. And for me, it’s a really special time with my dad. Cruising around market with him is like cruising around with a celebrity. He can’t make it one block without being stopped.