After three episodes of bloodshed to kick off the fourth season of Yellowstone, Episode 4 settled down a little with some focus on fan favorite Kayce Dutton. Played by actor Luke Grimes (American Sniper, The Magnificent Seven), the youngest son of John Dutton has typified the chiseled cowboy archetype since Season 1. And you won’t hear us complain about it.

Between his father, his brother, his wife, and his son, Kayce still has plenty to figure out on the personal front—but in terms of wardrobe, his look is reliably rugged. Take a moment before our next recap to get the Yellowstone look and enjoy some classic Western workwear in the style of Kayce Dutton. A note to our readers: Not all looks below are the actual products worn in the show. However, they are inspired by the Western Yellowstone styles we know and love.

Get the Look: Kayce Dutton Need more Kayce Dutton? Actor Luke Grimes was featured on the cover of our July 2019 issue (along with Cole Hauser and Wes Bentley) as Yellowstone returned for a second season. Senior Writer Joe Leydon asked him back then about the Dutton family dynamic that was just starting to unfold. Here’s a snippet of their conversation:

Cowboys & Indians: Several folks have likened Yellowstone to The Godfather in terms of its emphasis on family ties and rivalries. Do you think that comparison is valid?

Luke Grimes: Yeah, I would agree with that. And it’s something that we’ve kind of talked about amongst ourselves, too. I mean, obviously, we’re not trying to rip anything off. But yeah, I think it’s kind of the tale of all time — coming of age, protecting your family, that sort of thing. And there’s definitely elements of The Godfather in there. 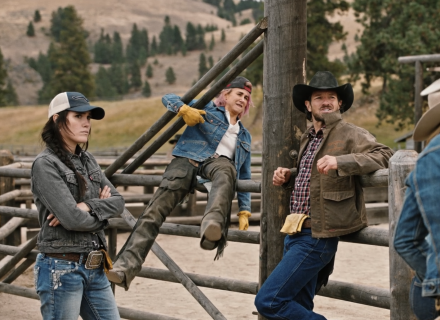 Get the Yellowstone Look: Season 4, Episode 3 Get The Yellowstone Look: Season 4, Episodes 1 & 2 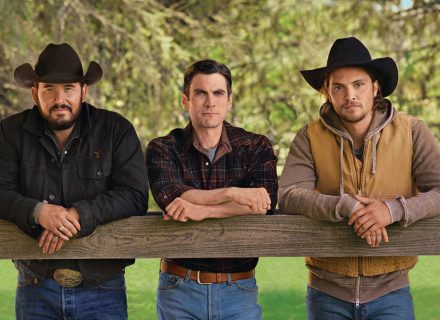