The singer-songwriter gives C&I his personal take on his new RFD-TV show about raising his daughter after his wife’s death, working on his farm, and building his own “Mayberry” outside of Nashville.

When Rory Feek looks out the window of the home on his Tennessee farm, he sees two things that will forever bookend his story: on his left, the cross memorializing where his late wife, Joey, is buried; on his right, the special schoolhouse he built for their young daughter, Indiana, who has Down syndrome.

This is the life Feek lives now, building his own version of Mayberry in Columbia, also known as Muletown for the mules that were trained for military service here during World War I. It’s worlds away from Nashville and from the life he thought he’d be living with his wife and singing partner by his side. But Feek’s not afraid to share the ups and downs. “Privately, I’m very public,” he says. “And publicly, I’m very private.” 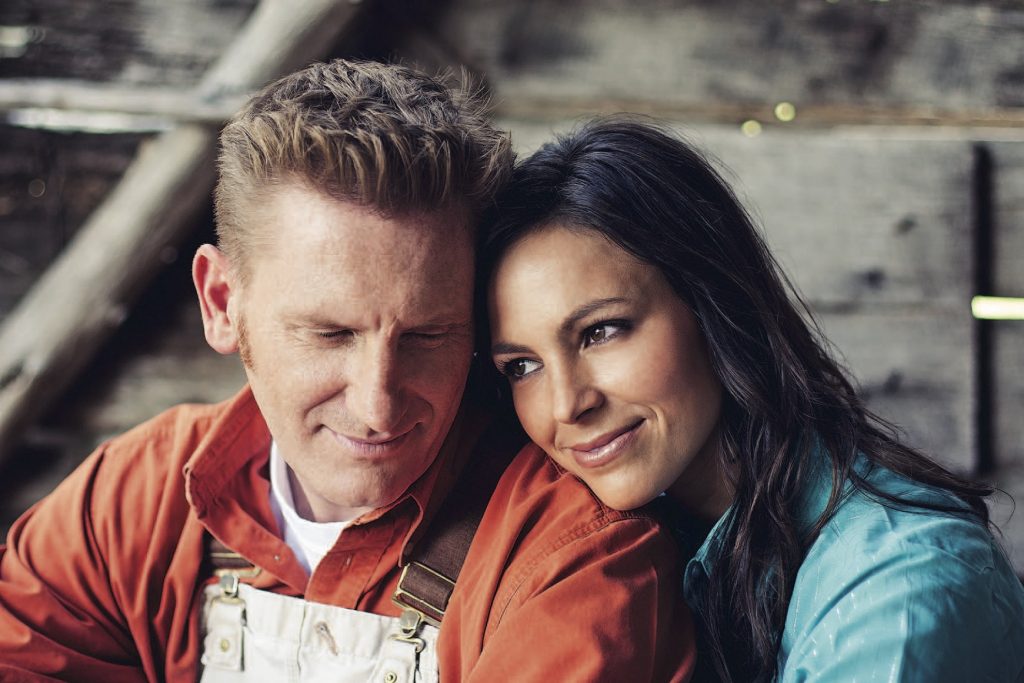 The story really began back when Feek and his wife met and married in 2002, and then quickly formed a country music duo, Joey + Rory. They became a household name in 2008 (and brought overalls back), when they were on the talent reality show Can You Duet? They came in third and released their classically country toe-tapper “Cheater, Cheater.”

From there, the Feeks’ private and personal lives were stacked top to bottom with nothing but joy. The duo was named the Academy of Country Music’s top new vocal duo in 2010, they released much-needed country country music, Joey and her sister-in-law Marcy Gary opened Marcy Jo’s Mealhouse and Bakery down the road from the Feeks’ family farm, Rory wrote hit after hit for other country artists, Joey found out she was pregnant with her first child, The Joey+Rory Show was a hit on RFD-TV, and all was well. 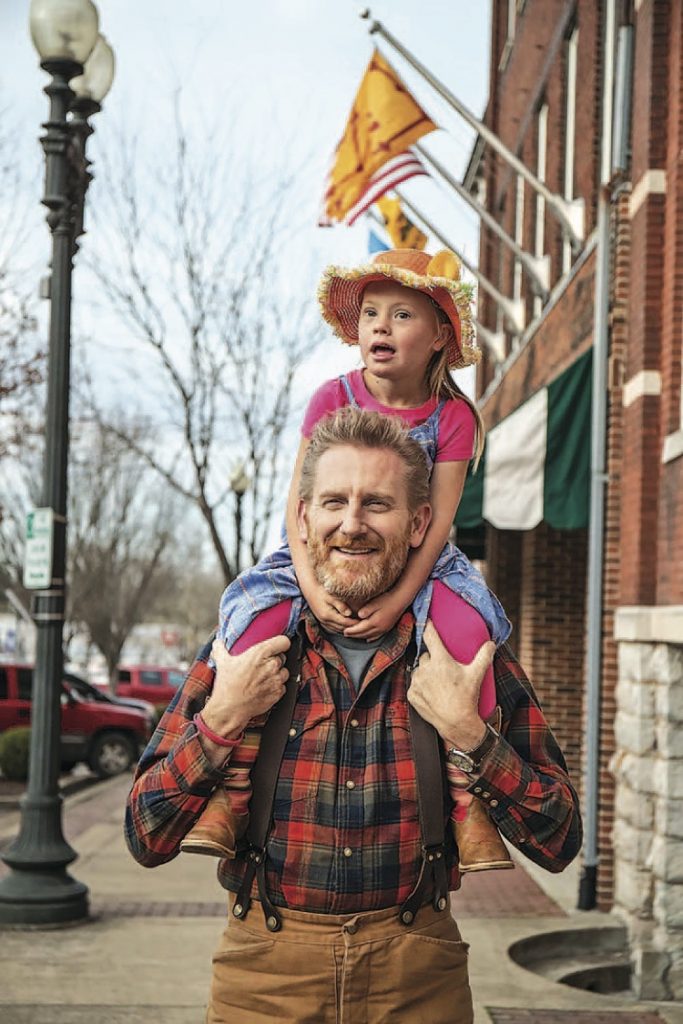 Feek had been documenting the couple’s rural life before his wife died of cancer at age 40 in 2016 — when Indiana was just 2 years old — and he kept on telling their stories in his blog, This Life I Live.

That blog has taken on a life of its own and inspired a TV series on RFD-TV, the flagship network of the Rural Media Group. It was, Feek says, a natural evolution. The show’s about his family and regular small-town community. “We live on a farm an hour south of Nashville and have a big barn, which people travel to from all across the country, and a one-room schoolhouse where my little one and a dozen other kids from our community go. Both of my sisters and their families live here on the farm, in houses on either side of ours. Along with an even larger cast of characters we’re surrounded by, we all do life together.”

Press materials say that “people with values and people who want peace and love in their lives will find Rory’s new show to be a huge blessing.” Rory himself seems to count it all as a blessing. “I feel like God’s given us a tremendous story,” he says. “In country music, some of the saddest stories are the greatest stories. And you can’t have a great story without some great conflict and pain. And God’s given us a life that’s beautiful and hard, and the only thing better than writing a great story would be living one.”

There’s a lot going on in the show, because there’s a lot going on during a typical day on Feek’s farm. After walking Indy to the schoolhouse, tending to the gardens and the animals, and working on his new TV series, he never really knows what the day might bring. Storylines organically follow what’s happening in his life. One episode might revolve around opening a new location of the family restaurant, Marcy Jo’s Muletown, or the action in the garden (currently he’s growing lettuce, Brussels sprouts, carrots, potatoes, squash, zucchini, and tomatoes, to name a few), or the latest additions to the barnyard (he recently bought some pigs, cows, and baby chicks). 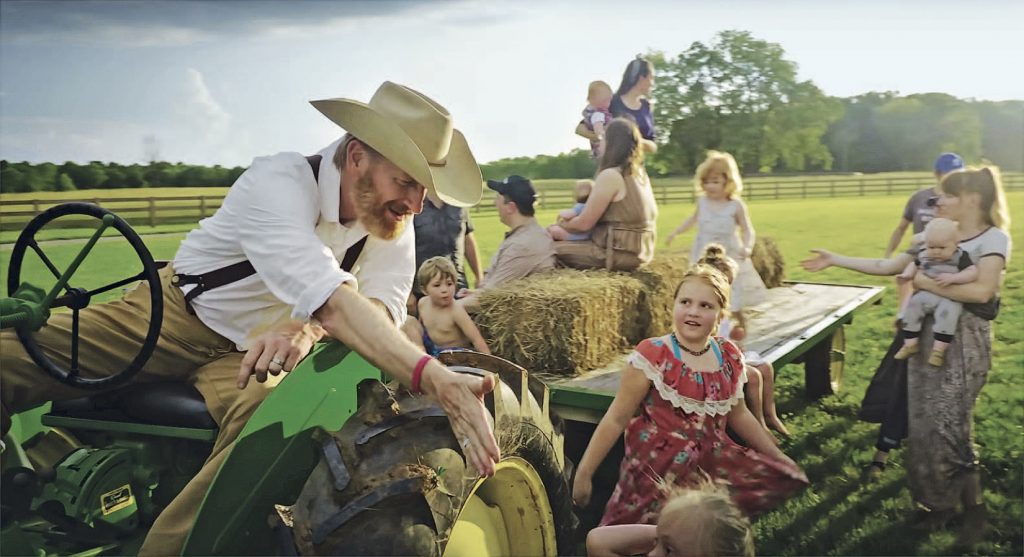 It’s a long to-do list with one very obvious omission: There’s no mention of songwriting. Feek admits that he hasn’t written any songs in about five years. “I moved to Nashville in 1995 with the hopes of learning how to tell great stories,” he says. “I wanted to learn to tell stories like my heroes: Gary Burr, Harlan Howard, and Skip Ewing. I’d like to think that I learned how to do that.”

Despite having written so many songs for Blake Shelton, Clay Walker, Randy Travis, Kenny Chesney, Terri Clark, Lorrie Morgan, Tracy Byrd, Collin Raye, and more, it sounds like Feek’s hit-making days are behind him — for the indefinite future, anyway.

It’s not that there’s no inspiration — it’s that he’s in a different season of his life. He brings up “The Chain of Love,” which he co-wrote and which became a hit for Clay Walker in 2000. A heartwarming tale of a random act of kindness by a guy named Joe, the song leaves Feek a little empty these days. Still, he’s more determined than ever not to let the chain of love end with him. “I realized that I don’t want to write a great story about someone who’s done something wonderful,” he says. “I want to live a great story. What if I could be that guy? What if I could be Joe in my own life? And I realized that was way more fulfilling.”

Still, he says, he’ll always be a songwriter. “There was a legendary songwriter when I moved to Nashville, and I remember sitting next to him in a Q&A one time. Someone asked him, ‘Do you consider yourself more of a lyricist or more of a musical songwriter?’ He goes, ‘I consider myself more of a truck driver.’ And the point was that he’s a truck driver writing songs, and that’s what gave him such a common, everyman voice. “So I’m really a songwriter who’s writing a blog and making television shows. I consider myself a songwriter, because that’s how I see life. It’s how my pen works,” he says. “But I’m not writing songs — I’m storytelling in different ways.”

Two very silver linings have already come out of Feek’s storytelling. The first is the Hardison Mill School, a one-room schoolhouse that he built for Indiana and other local children. He had the strength of the community behind him and beside him, as in a true heartland barn-raising. “The plan was for Joey to homeschool Indy,” Feek says. “But that wasn’t an option anymore. So this was a way to have a school at home for her. I’m a unique enough dreamer to say, ‘What if we just built a school where it doesn’t matter if you learn differently?’ Because we’re all just God’s people.” The school is staffed with traditional teachers, plus real-life specialists like farmers, chefs, beekeepers, retirees with various skill sets, and more.

The second is the Grammy Award Feek picked up about a year after Joey died. The couple’s Hymns That Are Important to Us won the Grammy for Best Roots Gospel Album in 2017. They made the album while Joey was going through chemo and radiation. In his acceptance speech, Feek said that while they watched the 2016 Grammys together, his wife had told him, “If we get nominated, promise me you will come.

This Life I Live airs on RFD-TV’s cable television channel, RFD-TV’s Country Club, Facebook, YouTube, and other digital platforms. For more on the show, visit rfdtv.com and roryfeek.com.