Kyle Polzin’s meticulous still lifes bring back dioramas and the historical romance of the Old West.

His meticulous still lifes look like they come straight out of the Old West, and artist Kyle Polzin comes by that time-warp authenticity honestly. Born in the South Texas Chisholm Trail town of Cuero — a meeting stopover in the late 1800s and early 1900s for cattle drives en route to Kansas — he grew up surrounded by cowboy and ranch culture. “My grandfather was a cowboy. He kept horses,” Polzin says. “When I was old enough to really be exposed and know much about it, he only had two horses left and was kind of fading out that chapter. [By then] it was more of a hobby, but he was president of his local trail-riding group, and that rubbed off on me.”

Polzin also grew up around artisans. “Both of my grandfathers were carpenters, and my dad’s dad was somewhat of an artist. My father was also an artist. My grandfather did stained glass — he was very skilled with his hands. A lot of people of that generation were skilled. If you needed something, you couldn’t run out and get it; you either crafted it or restored it or whatever you had to do. They were resourceful people. I think that rubbed off on me, too. To this day I enjoy working with my hands, building and crafting things. I always had a knack for drawing and had the patience to sit and do it.”

In his work you might also detect his early penchant for dioramas and love of history. “I always liked dioramas,” Polzin says. “I remember as a kid in school doing a project where we took a shoebox and set it up and put a flashlight in it and created a little world in a box. I always felt that way with my still lifes. I could take a subject — whatever it may be, maybe some old bottles — and set it up, and be able to control the light and create this little world. I enjoyed that.” He has also always enjoyed history. “I love history. Everything I do, for the most part, has a nostalgia kind of a feel to it. I like the patina that artifacts take on. I like clothes that are a little tattered — the things that can tell a bit of a story, especially with old cowboy subject matter.”

For months, the Austin, Texas-based artist has been preparing for a one-man show at Legacy Gallery in Scottsdale, Arizona. That doesn’t mean he’s been standing at an easel the whole time painting cowboys and guns. “I like a change of pace in each painting,” Polzin says.

You might find him striking poses out in the backyard to be able to sketch himself into the background of a piece, or driving to Nebraska to pick up a vintage canvas-covered wooden canoe for a Philip Goodwin-style painting patterned after the sporting art of the 1920s and ’30s.

“Since it’s a large show, I’m able to paint so many subjects that it enables me to explore different subject matters and still maintain continuity,” he says. For instance, Polzin wants to do a baseball painting. “It’s a little in left field as opposed to a pair of spurs that people recognize as being part of the Western world.”

Beyond left field, there are some rare opportunities, like the time several years ago when Polzin painted Willie Nelson’s guitar, “Trigger.” “Afterward I went to the ranch and Willie signed the painting. We donated part of the proceeds to Farm Aid. It was an amazing experience.”

Kyle Polzin’s one-man show, Grace and Grit: An American Narrative, will be on view November 15 – 24 at Legacy Gallery in Scottsdale, Arizona. kylepolzin.com

From the November/December issue. 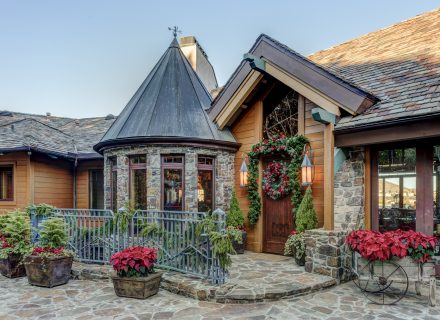