We talk with the legendary World Champion rodeo cowboy about his adopted hometown Stephenville, Texas.

You’ll find his feat documented in the Guinness Book of World Records: At age 20, Ty Murray became the youngest PRCA all-around world champion. He would go on to become a nine-time world champion rodeo cowboy and earn the nickname “Superman in Boots.”

Soft-spoken and easy to chat with, Murray talked with us from the 2,700-acre ranch he shares with his wife, Paige, and their young daughter, Oakley, in Stephenville, Texas. Cowboys & Indians: After all the places you’ve traveled to, why did you decide to settle in Stephenville, Texas?

Ty Murray: I grew up in Arizona and New Mexico and always dreamed of having a ranch but knew how harsh the desert could be in that part of the country, especially running cattle. Attending Odessa College [in Odessa, Texas] on a full rodeo scholarship, I won several national competitions and started traveling with Lane Frost, Tuff Hedeman, and Jim Sharp, who were all professionals in the rodeo world at that time. I was living with Jim in Benbrook, Texas, but visited Stephenville frequently because his girlfriend was going to college there. When I saw this country — the rolling hills, green grass, rivers, creeks, and lakes — it was truly the nirvana of cow country. I bought 10 acres when I was 20, over 1,800 acres at the age of 25, and have added several hundred acres since.

C&I: Tell us about a favorite rodeo in the area and a bit about Rodeo Heritage Week in September.
Murray: Stephenville is without a doubt the rodeo cowboy capital of the world, with no other county even coming close to our number of cowboy athletes here. Erath County has as many arenas as there are swimming pools in Phoenix. What makes the area so unique is that such a large number of cowboy athletes live here, and the number continues to grow. Our annual Rodeo Heritage Week in September is full of A-list, world-class competitors that you would usually not see at a small town and local rodeo. So many elite competitors live here and love to compete in their hometown, so we get big names in a small town. I’ve competed at the rodeo a couple of times when it was held in the spring, but my job was always to go where the money was. Stephenville also holds bull futurities, which allow bulls to enter chutes and wear all the bucking-bull gear to gain experience without the added stress and weight of a cowboy on their back. That’s pretty fun to watch as well. 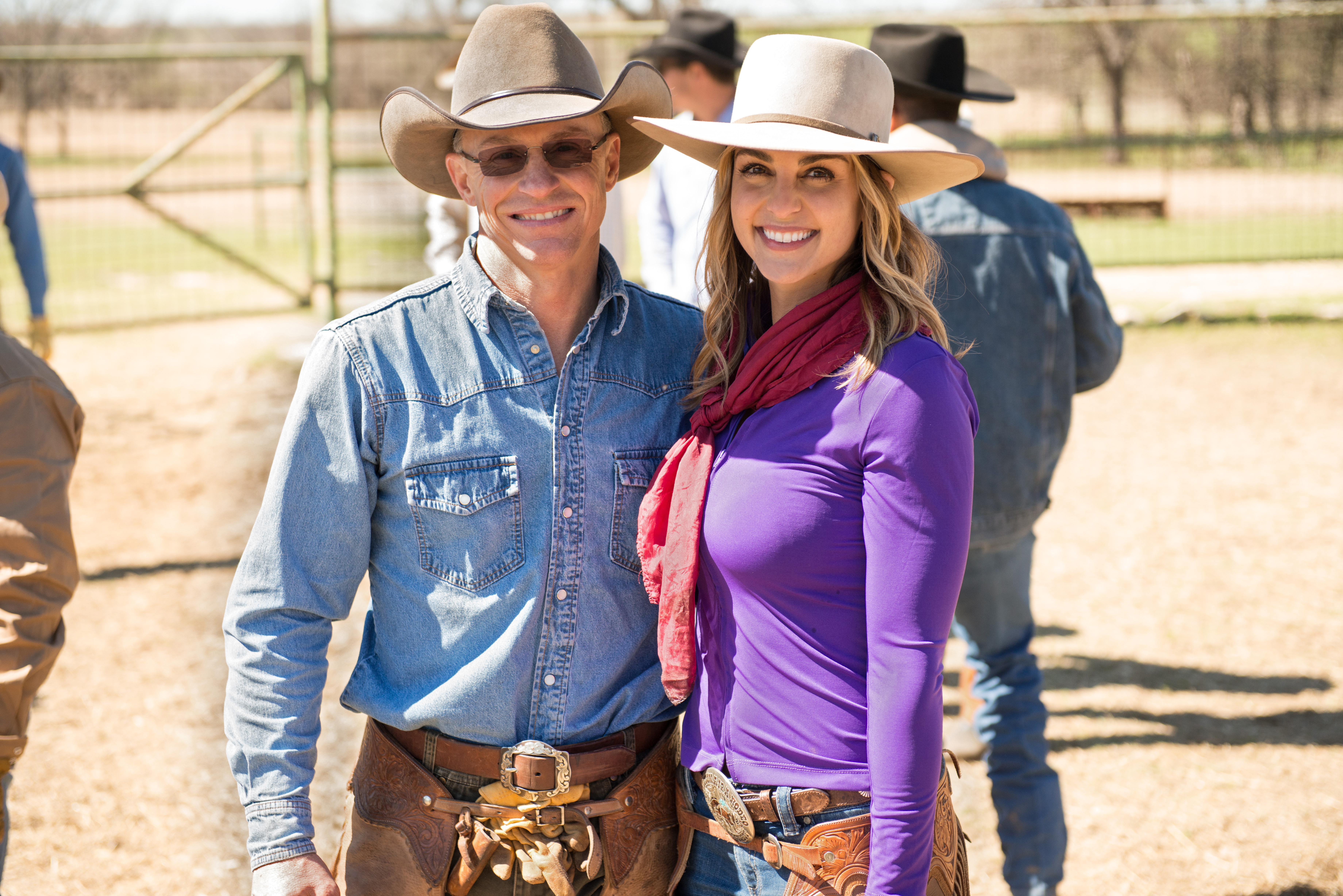 C&I: What’s a perfect day in and around Stephenville for you and your family?
Murray: We really enjoy time at the ranch, and we ride a lot. We have 10 horses on the property. With three lakes, 11 ponds, a river, four creeks, and oak and pecan trees scattered all over the property, there’s always something to do. For me, it’s nirvana when you’re talking about a place to run cattle. I’m just the third owner in 175 years, and the property still has some of the original stacked-rock walls. Paige has two mini-horses, about a dozen chickens, and even shares several hamsters with my son [Kase].

C&I: Speaking of horses, do you know of any riding stables in the area?
Murray: I don’t know about any riding stables in the area, but a friend of mine, Craig Cameron, teaches horsemanship clinics in Bluff Dale, about 20 minutes away from Stephenville, as well as around the country. His Double Horn Ranch is almost like a dude ranch, where guests get to experience chuck wagon meals, and he has relocated and refurbished old cabins from across the West, where students stay while taking his clinics. C&I: Do you have a favorite hotel and interesting restaurant in the area where you like to take friends or family?
Murray: About 20 minutes away is the tiny historic town of Hico, where you can stand on Main Street and imagine that you’re living in the horse-and-buggy era of the 1880s. A really cool place to stay is the small Midland Hotel and restaurant, built in 1891, and the restaurant serves great chops. We also eat at 2nd Street Provisions for breakfast and Two Clay Birds, where they serve just one homemade item for lunch, made from fresh local ingredients. The limited choice, which changes daily, is always delicious; it’s allowed me to try meals I might never have eaten. In Stephenville it’s Hard Eight Barbeque with a grill the size of a pool table, serving up turkey, chicken, ribs, sausage, and corn. You line up outside, choose your meat from the grill, and go inside for your sides. My favorite dinner there is rib-eye, beans, and a salad.

C&I: Ever been to Larry Joe Taylor’s Texas Music Festival and Chili Cook-off or other festivals in or near Stephenville?
Murray: I don’t really attend many music events, but the Larry Joe Taylor Music Festival held in Stephenville brings in droves of people for a week every spring, and hotels and restaurants here are strained to the max. We have been to the Twisted J Live, a smaller venue [owned by the same folks who own] Twisted J Apparel company, and saw the Bellamy Brothers in concert there. The building where the club is housed was built by horseman Clinton Anderson, and over the years has been turned into a small music venue with a bar and stage.

C&I: With your busy travel schedule, we assume you’re frequently flying out of DFW International Airport. Do you have a favorite airport restaurant or shop that you visit to pass the time there?
Murray: DFW is one of my favorite airports in the country, and I’ve probably spent more than 8 million hours there. I frequently stop at Cantina Laredo in the new Terminal E for some pretty good Mexican food, and when I’m traveling with Paige, we will stop at Starbucks for her to pick up a signature coffee drink. We generally have our earbuds in and will watch a movie on our phones if our flight is delayed.