With Season 2 of the AMC western set to debut on April 27, we talk with Elizabeth Frances, who plays Prairie Flower.

If you’ve been waiting for the April 27 return of the second and final season of The Son and you’ve seen the official trailer, you’re all teed up for what it teases: “The Secrets. The Treachery. The Reckoning.”

We can’t do any better describing her character than AMC already has on the show’s official site:

“Prairie Flower ... is enjoying her last few years of sexual freedom before she is compelled to marry. Prairie Flower possesses none of the fragility or gentleness that her name suggests. She quickly identified Eli as her best option for a potential husband and seduces him. Over time, the young couple will fall in love. Even into Eli’s older years, he will remember Prairie Flower as the great love of his life.”

Frances landed the role auditioning not just in English, but also in Comanche and Spanish. “I didn’t know at the time, but everyone tested [for the part] in all three languages,” she says. “It was a fun discovery when I met Philipp Meyer, Kevin Murphy, and Sharon Bialy in the second callback and they were very excited that what they had put down was really possible.”

We talked with Frances about the new season of The Son, how she pulled off speaking Comanche, and what she hopes will be the show’s legacy.

Cowboys & Indians: Season 2 of The Son is about to premiere. Without giving the plot away, what are some highlights of this season for you personally and professionally?

Elizabeth Frances: In Season 2, there’s a continuation of the haunting ending of Season 1. It goes into smallpox, the decimation of the buffalo that Native Americans lived off of — a lot of loss. The loss of young Eli’s Comanche family launches him into the person he becomes. 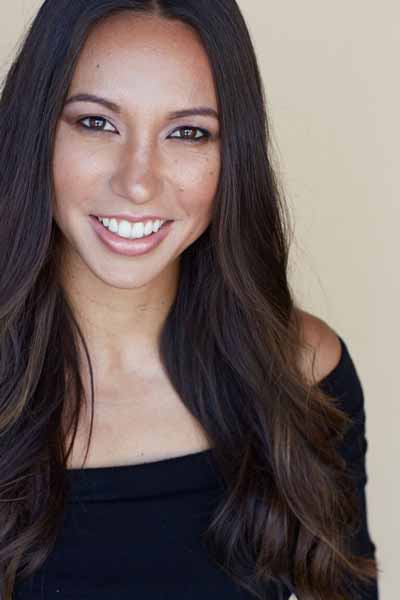 We did our best, especially within the western genre, to take a few different steps when it comes to showing the decimation and desperation of what happened to the Comanche people, what happened to Indigenous people because of the land grab in Texas.

I hope The Son will lead to more curiosity in people who do not know about the history of Native people and the land where we all live. And that it leads to more shows with similar themes. The showrunners really tried to explore that, and I applaud them for the step forward we took with this series.

Do we make a stride forward? Absolutely, because we’re talking about it. But change takes time. Hopefully we can learn from history and not repeat it.

C&I: Prairie Flower is Comanche, and you have Cherokee heritage. The tribes are very different, but was there anything about your Cherokee background that gave you insights into how to audition and play the part once you got it?
Frances: I’m ancestrally Cherokee and I want to be in touch with that and so I’m involved in the community. I think if anything — and especially being part of the Native community — I knew going in that this character who was Comanche needed to be specifically Comanche.

My ancestry is mixed, and I was also a military brat. I was raised outside of the cultures that make me up. That experience gave me some insight into Prairie Flower on an emotional level because she was adopted into the tribe. And she falls in love with a young white man who is also adopted into the band. I wanted to explore what it was in terms of identity to feel disenfranchised from what you’re supposed to be part of. I wanted to understand how that informed the responsibility she feels and choices she makes for the tribe that adopted her and who she is beholden to.

C&I: How did you — and the team — deal with the Comanche language requirement?
Frances: When I first auditioned, I’d gotten the material to prepare and had read it and was excited. Upon a second read I went, “Oh, gosh, none of this is translated.” And there were three languages: English, Comanche, and Spanish, which is the language Eli and Prairie Flower speak to each other.

Actors of color are asked to work out these things and it’s just assumed. The lines will be written in English but are meant to be delivered in some other native tongue and aren’t translated. That’s pretty typical for ethnic roles to be perfectly honest. I speak English, but my attitude is that I will learn whatever is required.

Someone said to me, “You know, if Tom Cruise did an entire film in Japanese he’d win in an Oscar.” We’re able to do this because we’re actors. It’s not some genetic thing in our blood.

On the show it was a real learning process. For a piece like this, where you want to have the authentic language, people had to come to understand why the translations would take a while.

We worked with Juanita Pahdopony; she was our Comanche consultant. We’d send the English scripts and she would sit with the elders in Oklahoma. There are only a handful of native speakers of Comanche today.* There was a lot of language loss because of boarding schools. There are many Comanche words that might never have been written down, words that everyone has a different version for, or words in the script that don’t exist in Comanche. So we’d have to wait for that turnaround time. And then we’d wait for the tape and translations.

Early on, I went to Oklahoma to immerse myself in the Comanche community and visit for several days with Juanita. She gave me the Comanche dictionary and I sat on her couch and we went through the whole thing and the pronunciations. She and the entire community were so generous.

C&I: What were some of the surprising and interesting things you learned about that tribe and its culture?
Frances: Juanita shared something that’s special in Comanche culture and Cherokee culture, too, which is that it’s very matriarchal. Comanche women in the time period of The Son — it happened in Season 1 and you see the spirit of it in Season 2 — could, before they were married, choose who they were going to sleep with and have relationships with. It wasn’t that the men would approach or proposition the women. A woman could go to whoever’s tent she wanted till she was married. When she married, she gave up that kind of independence. Once married, that’s when men began making the rules. In Season 2, with young Eli, Prairie Flower can continue to be her headstrong, independent self.

Even though it’s a historical drama, when we were shooting you could relate to traits in her that seem very modern and to parallels from that time period to today. I especially connected with the idea of a young woman finding a way to remain herself and also honor her tribe, finding a way to survive and put her family first.

In Season 2, Prairie Flower has a lot of questions with young Eli — because now they’re married and having a child — that have to do with survival. I think it goes back to that orphan identity that she has. At one point she says to Eli “Maybe we should join the whites” because she’s trying to ensure that her child survives. Think of the weight of that, the weight of the times. It’s a contemporary struggle, too, but she’s trying to do that in 1851.

C&I: Any particular standout moments playing her this season?
Frances: One highlight in Season 2 for me is a lullaby in episode 8 that I sing to young Eli during an extremely trying moment. The lullaby actually comes from Juanita’s family; it was for a young boy who was born very, very white. I asked her permission to bring it to the producers. Singing it is a way to honor her and the Comanche people and to feel connected to the duality of identity that Prairie Flower feels. I hope that will be a memorable scene.

C&I: What have you appreciated most about playing Prairie Flower?
Frances: I’ve gotten to be on this journey for two seasons now, and I feel like I’ve gotten so much from the experience. Every character teaches you something, but if I had to pick, I’d say Prairie Flower has given me an opportunity to explore the fight to be an individual and also to honor where you come from — that doing that is possible, necessary, and important. You don’t always win, but the fight is really important.

C&I: It’s a shame that the show only got two seasons to tell Philipp Meyer’s multigenerational story. What do you think of the way the series brings the story to a close?
Frances: The way it comes to a conclusion and the way the writers did give a finality ... I don’t know that it’s the ending everyone is going to anticipate or want, but it’s the ending that is the right ending we need for these times. Even from history, if you want a different ending, we’ve all got to pick up the torch. That’s where it left me. We’ve all got to come together and take it from here if we want a different ending. We are not bound to our history. We can learn from it. And we can take it from here. Seeing the effects on all these generations tells us we are affected by our history. I personally don’t want that change for one people. I want that change for all of us as human beings. I hope our language as a country speaks more inclusively and shows we are not that different. Thinking that we are all that different is where we got to in The Son.

C&I: Even though viewers are just getting ready for Season 2, you’re actually done filming. What are you going remember about the experience now that it’s a wrap?
Frances: As a cast I really believe we were like a family. We call and text each other. Crew, cast, makeup artists have come to stay with me in L.A. A lot of people were at my wedding. We spent a lot of time together. Young Ingrid said to me, “We’re going to miss the job and the characters, but this cast and these people were so lovely.” I really give showrunner Kevin Murphy, exec producer-writer Julia Ruckman, and executive producer-director Kevin Dowling a lot of credit because they chose good human beings all around. We all had a really hard time saying goodbye.

C&I: What’s next for you?
Frances: I’m on to the next job. I’m excited to have a role that’s no longer in history. I love sci-fi, comic books, all of that. As an artist of color, you have to jump in and make the projects happen yourself. I executive-produced the LGBTQ ballroom-dance rom-com Foxy Trot, which has been doing the circuit. I also am co-creating a comic book and TV series we are getting ready to go pitch. Crossing fingers on that. It’s a futuristic sci-fi set in a time when we’re more mixed than not. In future settings is where we get the history we would love to see.

* The Comanche language is classified by the Endangered Languages Project as “severely endangered,” with as few as 25 fluent speakers out of the Comanche Nation’s approximately 15,000 registered members.