Away from hectic New York, a couple builds a family retreat in Wyoming that reflects the Teton Mountain Range in its design.

The Teton Range stretches for about 40 miles throughout the state of Wyoming, south of Yellowstone National Park. It is the youngest range in the Rocky Mountains and a beacon that brings ranchers, cowgirls, and outdoorsmen — even a family from New York City — into the rejuvenating valley of Jackson Hole. When a husband and wife living in the Big Apple decided to build a retreat away from New York for their family of four, it was the Tetons that the design reflected. “We wanted to have huge windows that would allow maximum light and uninterrupted exposure to the glorious Teton Mountains,” the wife says. “As a result, our family breakfasts and dinners tend to extend for hours because we are all spellbound by the beauty in front of us. Amazing Jackson sunrises, sunsets, end-to-end rainbows, blankets of pristine snow, and pelting sheets of rain are some of the visual memories that we invoke when city life starts to wear us down.” Architects M. Brian Tichenor and Raun Thorp, principals of the Los Angeles-based firm Tichenor & Thorp, fixated on the surrounding nature to determine the architectural style and interior design of the more than 7,000-square-foot home and guesthouse. “Throughout, natural materials are at play alongside iron and steel,” they write in their book, Outside In: The Gardens and Houses of Tichenor & Thorp. “As the family’s taste tends toward the more pared down, we kept things understated but added warmth and texture with paneled ceilings, wide-plank wood doors, and light fixtures that had some relevance both to their modern aesthetic and to the broader context of the West.” Feeling the freedom of the West was imperative to this family unit. The parents opted out of their adopted home state’s standard practice of vacationing in the Hamptons in favor of something more expansive. “We wanted to get far away from New York. We wanted simplicity, anonymity, and peace,” says the wife, who notes hiking, skiing, biking, and fly-fishing as just a few of the refreshing activities her family treasures during their time together there. “We wanted to build a place where we could retreat as a family, recharge, and enjoy the natural world.”

We wanted to build a place where we could retreat as a family, recharge, and enjoy the natural world. 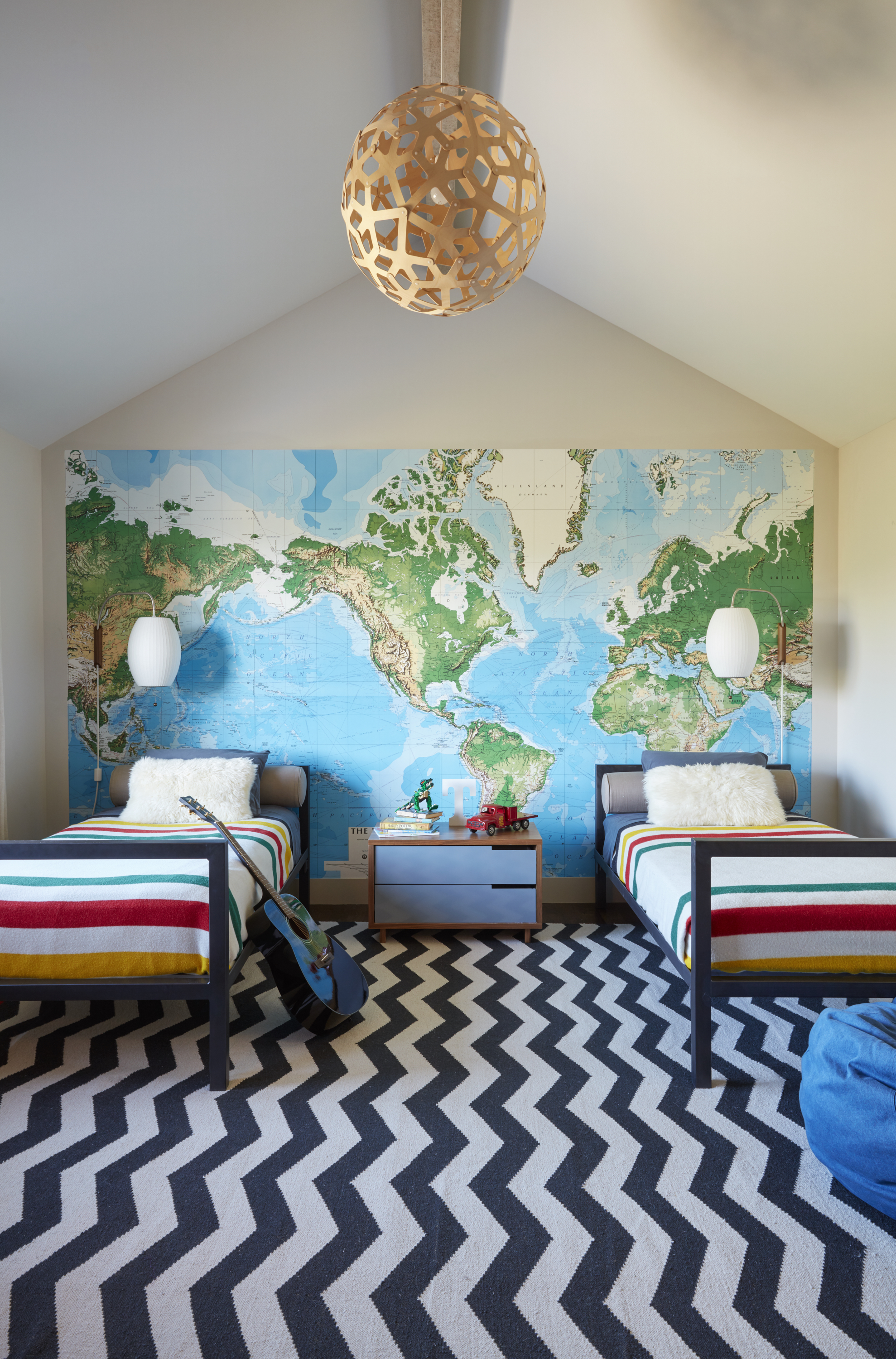 Even if they’re inside working on puzzles, reading, or cooking together, the family does so within rooms that usher the great outdoors in. For this family, finding appreciation for the world outside the windows of their six-bedroom, six-bathroom property — such as the Teton Range, just more than 2.5 billion years young — is the reward of heading West. “We look forward to unplugging, slowing down, and communing as a family,” the wife says. “We don’t get to do much of that in the city.” Let the outdoors in with colorful accents and natural furnishings. From the July 2018 issue. Photography by Roger Davies.