Looks like Thomas, Noemi and her boys made it to Oregon.

Hours after the season finale episode of 1883 premiered on Paramount+, LaMonica Garrett took to Twitter to indicate that, yes, it’s true: Thomas, his character, and Noemi, played by Gratiela Brancusi, really did get to happily-ever-after in Oregon with Noemi’s boys. And we couldn’t be happier for them. Memo to 1883 creator Taylor Sheridan: Maybe you could bring them back in a Little House on the Prairie-type series? 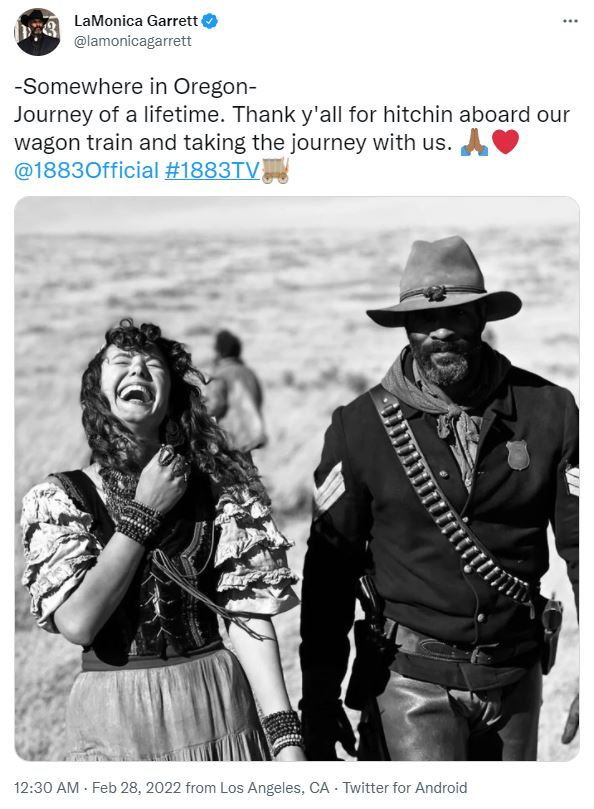