Cowboys & Indians: So what’s more difficult and challenging — riding a horse, as you do in Black Beauty, or riding a mechanical “wolf,” as you did in Twilight: Breaking Dawn?

Mackenzie Foy: [Laughs.] Probably a ... wolf. I will say, I’ve never been asked that question before.

C&I: Well, it does seem like a logical transition — first you earn your spurs on the wolf, then you get on a horse. Of course, in between, you also rode a horse in The Nutcracker and the Four Realms, correct?

Mackenzie: I did, actually. The main horse in Nutcracker was this absolutely stunning Friesian named Prince who was just gorgeous — and he knew it. It was so funny. I worked with the Devil’s Horsemen on that one, and they really were the first ones that kind of taught me how to ride properly. To go through the paces and stop, start, that kind of stuff. They’re the top horse suppliers for filmmakers in Europe. I didn’t have too many lessons with them, because there wasn’t that much riding in Nutcracker. But yeah, those were kind of my first lessons, learning how to do it. And that’s pretty much when I first thought, Hey, I kind of really like this.

C&I: In Black Beauty, you had more than one horse to ride — because in different scenes, they used different horses. Was any one of the horses easier to act with than the others? Or did it all depend on the action and the scene?

Mackenzie: I can’t remember the exact number but there were quite a few Beauties. The main Beauty, her name was Jenny. Jenny and Spirit actually were the two main ones that were used. But Jenny, she was the main Beauty just because she was so expressive. I mean, you could just see her thinking. She was incredible. ... It really depended on what we were filming and what they needed the horse to do, because every one did different things. So it kind of just depended on what they needed. But Jenny was the one we mainly used. And we actually ended up really getting to know each other and bonding, which was really cool. C&I: Actors often talk about how they bonded with costars by hanging out, or having dinner together, or whatever. But how do you bond with a horse while you’re filming on location? Do you bring her apples or carrots, or ... ?

Mackenzie: [Laughs.] Oh, I’d definitely give her treats, because she’s cute. But it was really such an incredible thing. I mean, most of my scenes are with Beauty, and so a lot of the time filming was just Jenny and I doing these very intimate scenes of just being around each other and feeling each other’s emotions. And it was really quite a special thing. I’ve never bonded with a horse like that before, and yeah, it was incredible. I mean, no one told her to do anything, but she would just do these really beautiful, intimate things. She’d put her head in my hands or just touch my face or just look at me in a certain way. It was beautiful. We really did bond, and I’m hoping you can see that in the film.

C&I: Had you ever read Anna Sewell’s novel before you got involved with this film version of Black Beauty?

Mackenzie: Absolutely. Black Beauty was one of my favorite books as a kid. It was Black Beauty, The Secret Garden, and A Little Princess. Those were the books that I read and re-read to the point that they were just destroyed. So yeah, Beauty is a very, very special book in my childhood, and I loved it. And when I was approached to make the film, I was like, Oh my gosh! Oh my gosh! Please be good! Please be good! And after I read the script, I was just crying. I was like, It’s everything and more. It’s so perfect. Yeah, it’s amazing what [writer-director Ashley Avis] has done with it.

C&I: Of course, now, the big change is you’re playing a character who was a boy in the original novel. Was there any particular challenge in that? Or did Ashley Avis do all the heavy lifting for you while she wrote the screenplay adaptation?

Mackenzie: Well, it is a modern-day adaptation. And so, for example, Beauty isn’t a carriage horse, she’s a wild mustang. But we’re keeping the same intensity and the same feeling of the original text. It’s just been brought to the modern day, and brings up modern-day issues. I personally don’t think it really made that big of a difference by making Joe Green now Jo Green. I think it was a very organic thing to do. 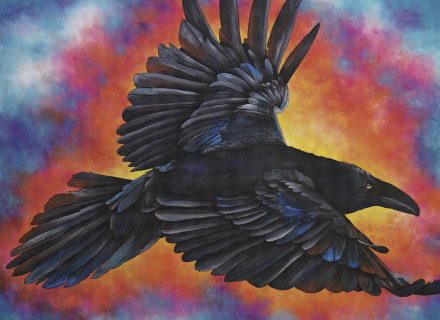 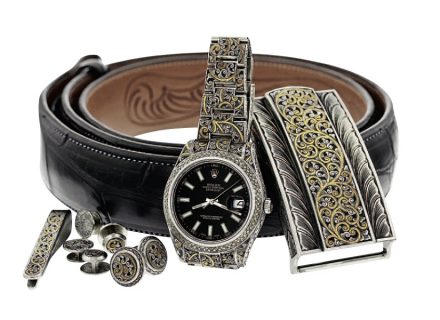