The best-kept secret about Montana? Known for its wide-open spaces and cowboys, Montana also produces some of the country’s sweetest fruit. Although almost all of the cherries grown in the United States are from California, Washington, and Oregon, once their season ends, the late bloomers from Montana arrive. Montana’s Flathead Lake region, just south of the Canadian border, produces on average 3 million pounds of large, sweet, dark red cherry varieties per season (late July to mid-August). It’s a crop that almost didn’t happen.

According to the local paper, Flathead Beacon, the story goes something like this: In 1893, Margaret Etsey, a newly arrived transplant from Canada, recognizing the unique micro-climate surrounding the largest freshwater lake, planted the first orchard on the lake’s eastern shore. It bore fruit five years later. “Flathead Lake is so deep, it doesn’t freeze; it moderates the temperature because it’s a heat sink,” says Bruce Johnson, president of the Flathead Lake Cherry Growers Association. “It allows us to grow fruit trees.”

By the 1920s, cherries were a commercial crop for the region, and in the following decade the Flathead Lake Cherry Growers Cooperative was organized. Today, the area has more than 120 cherry growers in the area, who ship their cherries across the United States and into Canada each year. Who’s ready for a healthy sweet treat?! montanacherries.com

Photography: Annabelle Breakey/Getty Images. Subscribe to the forthcoming monthly Taste of the West e-newsletter below. 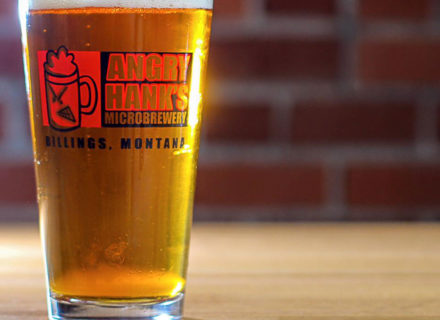 Taste of the West: Brewery Hopping in Billings