Ivan McClellan grew up in the midwest, but it took moving all the way to Portland, Oregon — and a trip to Okmulgee, Oklahoma, before he became immersed in the Western lifestyle. It was during that trip to Oklahoma — at the Roy LeBlanc Invitational Rodeo — that McClellan was introduced to the Black cowboy community for the first time. There, he saw cowboys and cowgirls from all over competing and socializing at the oldest annual Black rodeo in the United States.

The experience inspired McClellan to create Eight Seconds, a photography project with the aim "to expand the cowboy icon to include people of color." The project has garnered nearly 13,000 followers on Instagram — and has led to projects with Western giants like Wrangler, Stetson, Boot Barn, and Tecovas. We talked with McClellan about his passion for sharing the stories of Black cowboys, his upcoming photo book, and his connection to the West.

Cowboys & Indians: You grew up in Kansas City. How did you get involved with rodeos and the Western lifestyle?
Ivan McClellan:
We would go to the American Royal, which is a big rodeo in Kansas City when I was a kid. I sang the national anthem there one year. And I had friends that were in agriculture. I had friends that did 4-H and raised cattle and chickens. So it was around me, but it didn’t really hook me until about six years ago when I went to a Black rodeo in Oklahoma. At that point, I was just blown away that there was such a thriving cowboy culture within Black culture, and I just got obsessed with it and kinda kept going back year after year to just be part of it and connect with the folks and hear stories and see the spectacle.

C&I: Can you tell me about the rodeo that you attended in Oklahoma? How did you discover it?
McClellan: I was working my desk job in Portland, Oregon, and feeling separated from my life in Kansas City. I was at a party with some work friends and I ran into this other Black guy named Charles Berry and he told me he was a filmmaker and that he was working on a documentary about Black cowboys. I kinda chuckled because I was like "There’s not enough Black cowboys to do a documentary, are there?” And he said “Well you’ve got to come to this rodeo. You don’t know anything about this culture, you’ve got to come see what’s going on.”

So I flew to Oklahoma in August — it was 105 degrees. I was just blown away that there were 2,000 Black cowboys there. It really opened my eyes to a segment of Black culture that I had no clue existed. Let alone, that a lot of people there were actually from Kansas City. A lot of them travel down there every year for their family reunions. As I got to talk to people and see people that were there riding horses that went to the same high school as me, and that people knew my grandma — I realized that it was not only cowboy culture, it was my culture. It was really a part of who I am. It changed my definition of home. It changed me for good in a lot of ways. I owe that all to Charles for being open and inviting me into this world. C&I: And that rodeo is what kicked off your photography journey Eight Seconds?
McClellan: Yeah, it was the centerpiece of my discovery of this culture. It was where I really found meaning in my photography. Before that, I was shooting weddings, and doing street photography, shooting models, and I was just kinda all over the place. There was nothing that I was photographing that I was really invested in or really passionate about. This took my photography that was super technical and gave it a voice and gave it a purpose. The ability to go and take pictures and connect with people I think was the thing that I enjoyed the most. Really getting to know folks and getting them comfortable was what I enjoyed the most about photography.

C&I: You’ve photographed a lot of iconic Black rodeo athletes, farmers, and cowboys and cowgirls. Has anyone in particular really inspired you?
McClellan: I started out as an outsider, and being this strange guy from Portland that was wearing his hat backwards and had on wing tips, and I just really didn’t fit in there. You know, I’m still no cowboy — but I’ve moved from being kind of an onlooker to having real friends in the space and people that I call on the phone just to catch up with. I would say the person that most recently I really connected with was Charles Sampson. He’s writing the foreword to the book. He’s a bull riding legend, the first Black man to win the NFR, the first Black bull rider to win the NFR way back in the 80s. You know, he rode in front of Ronald Reagan and he’s done all of this. I was supposed to go shoot him for a campaign for Wrangler and I was kind of intimidated. I was like "This is the most decorated bull rider that I’ve ever met, this is the guy that everybody knows." I was kinda hearing stories from other people about Charles and they were like "He’s a rough and tough guy." I went to go meet him and he was just so nice. He was showing me videos of him bull riding back in the day and telling me stories. We just immediately connected. We just relate to each other in a really nice way. He’s a California boy at heart. You know, he put me on a horse named Pete and we went and wrangled steer together, and he was yelling at me what to do. I learned a lot that day, and we catch up all the time. Like I said, he's writing the foreword to my book. I consider him my friend. C&I: Speaking of your book, you’re in the self-publishing process right now. Can you tell me how that got started — and what inspired you to take your work from digital platforms to print?
McClellan: I kinda always intended on making a book. I thought I was going to make a book after the first rodeo that I went to because I was so I love with the photos and the stories that I captured. But, when I went to another rodeo — a rodeo in Arizona — it was completely different. Then I went to another rodeo and that one was different. I went to a rodeo in Texas, and that one was different. I was realizing that this thing wasn’t the same everywhere, that it changed. So I really dove deep into the rodeo culture. I was focused on fathers and sons initially, then I was like "Well, what’s going on with the women?" I started paying attention to the barrel racers and the steer decorators. Then I was like, "Well the rodeo is just one event. What’s it like at people’s houses?" So I started going to ranches and going to people’s homes across the country and visiting them and seeing how they lived their day-to-day lives. Then I was like, "Well, it’s not just ranching and rodeoing, it’s farming too." You know, farmers are cowboys. So I started going to farms and looking at cotton farmers and going across the Black Belt and the southern US and visiting peanut farmers and all of this. So, every time that I think I’m close to wrapping this thing up and putting it into a book, I learn something new and I dive into that. I’m convinced that this project is never going to end. But, I’m at a point where I have enough content and I have enough stories that I can put them into a book.

I looked for a publisher for a long time, and I was trying to convince publishers that this was a really interesting topic and that there were a lot of people that would buy it. I just couldn’t get a bite off of it, so I decided to self-publish a book. So that’s what I’m doing right now.

C&I: How can people get a copy of Eight Seconds: A Photobook About Black Cowboys?
McClellan: To fund the minimum order of 500 copies, I've started a Kickstarter campaign where you can all preorder the book, contribute to the project, or spend a little more for some other items. The campaign runs through October 3, at which point I'll place the order and ship the books in January. If you're interested in the book, I'd greatly appreciate your support and purchase through Kickstarter. If that's not in the cards for you right now, please share and spread the word. 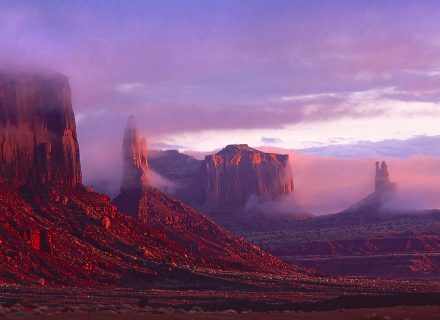