You might say Andy Anderson is an accidental fine-art photographer. As accomplished as he is with a camera, the life of the lens wasn’t really his plan.

During a one-year posting in the 1980s as a firefighter at a remote duty station in King Salmon, Alaska, the beauty of the area — and its fantastic rainbow trout and salmon fishing — inspired Anderson to start taking photographs. He had seen a cover of a sporting magazine at the grocery store and thought, I can do this — how hard can it be? Soon his work was published in a fly-fishing magazine, and by the end of his tour of duty, Anderson had taken up photography seriously.

It’s not entirely surprising that he discovered photography was what he wanted to do for the rest of his life. He’d grown up in Florida the son of a painter mother. “I won a journalism scholarship right out of high school in Florida and went for a semester and realized that it was not for me,” Anderson says. “So I enlisted in the USAF as a firefighter and stayed on active duty for 20 years.”

His final posting in the Air Force was outside of Boise in Mountain Home, Idaho, where he continues to live and work, creating photographs that seem to embody the “10 Things About Andy” list published on his website: 1. Kindness is a gift meant to be given away ... spread it wildly. 2. I want to be remembered as a good person, it means more. 3. English setters are my favorite bird dogs. 4. I still love other people’s photos more than mine. 5. My heart resides in open and wild places. 6. I’m still worried about our country. 7. I’m a horrible guitar player and singer. 8. Film still excites me. 9. I drink wine with ice. 10. Life is grand — live it.

We caught up with Anderson in Idaho, to talk about translating his passion for the outdoors, the sporting life, and the Western lifestyle into images full of dignity and beauty, movement and excitement. Speaking of excitement, he ends our conversation with a polite but urgent “Gotta go! My reel is smokin’ — ’bout to land a giant marlin!”

Cowboys & Indians: Although you were a well-established photographer by the early ’90s, it seems like your big break came several years later, when then-editor of Men’s Journal Terry McDonell saw your work, flew out to Idaho, and signed you as the magazine’s first staff photographer. You went on to shoot more than a dozen covers for the magazine.

Andy Anderson: Terry is kind of a force of nature and literally changed my life. I was still on active duty, and he was just leaving Esquire Sportsman, where I shot a cover for him. Then transitioning to Men’s Journal he wanted me to shoot a cover for the magazine. However, I had just been deployed to Kuwait for four months. Not one to be deterred, Terry asked me to do a story on fighter pilots. After he reviewed my images over way too much tequila, he signed me to a one-year $90,000 contract.

C&I: Your personal work is often of Western subjects. What are some things about Western landscapes that particularly attract your eye?
Anderson: The vastness and silence. I grew up in the South, and when I came out west decades ago I was immediately taken with its beauty and its incredible ruggedness. I’ve lived in the Great Basin of Idaho for 30 years. I’m surrounded by cowboys and ranchers, and I’ve really fallen in love with this country. The people who live here are authentic, like their surroundings. I’m asked all the time about favorite views, and frankly I do not know how to answer that question. When you have been doing it as long as I have, you just know — it’s the 10,000-hour rule.

C&I: You work in both color and black and white. What types of subjects are best translated into black and white?
Anderson: The recent stuff I shot at a branding event had such harsh light because I was shooting in the middle of the day. But I decided to embrace it and transferred many of the images to black and white. Another black-and-white series is of Susie Yazzie, a Navajo elder and renowned Navajo weaver, who I photographed in Monument Valley. I felt that black-and-white images really reflected her age, wrinkles, and wisdom; the color images were so damn vivid that they almost looked fake. Cowboy and his teepee in the Great Basin, Northern Nevada, 2020
1/2

C&I: You were one of ten photographers who participated in the 2013 Ram Trucks Super Bowl commercial, “Farmer.”
Anderson: Correct. I was one of ten whose still photos were used in Ram Trucks’ two-minute commercial. It was all still photography, no video. The images accompanied radio broadcaster Paul Harvey’s speech “So God Made a Farmer” given by him at the 1978 Future Farmers of America convention. It’s been touted as one of the Top 10 Super Bowl commercials of all time.

C&I: Your photographs often have particularly striking perspectives. There’s an image of galloping horses that puts the viewer so close you can “hear” the photo. How did you manage to capture that?
Anderson: My father raised Paso Finos, so I have been around horses my entire life, and I’m accustomed to handling and understanding their habits. As for the photo of the galloping horses, I situated myself just inches inside the opening of the gate where the remuda was being brought in and covered myself with some brush. I literally laid my camera on the ground with a 17 millimeter lens and fired away. The hooves of the animals were maybe 10 inches from my camera. Rounding up horses in Idaho C&I: What have you been working on recently?
Anderson: Traveling back and forth to Argentina for many years, I recently decided I wanted to photograph the gauchos. A guy I met set me up with a group of them for two or three hours outside of Buenos Aires. Ultimately I got to spend 10 days with them, which became my series The Soul of the Gaucho. My next project is to travel to Nepal to photograph sherpas. I find them extremely interesting. My trip had to be canceled earlier this year because of COVID, but I’m hoping to start the project in the spring of 2021.

C&I: What do you hope the viewer will see and experience looking at your photographs?
Anderson: Storytelling. I have always loved words and thought I wanted to be a writer, so I guess that permeates my work.

C&I: Your list of “10 Things About Andy” says you’d like to be remembered as a good person. Even more than as a good photographer?
Anderson: Yes, I’m a photographer and that’s what I do, but that is not as lasting or as meaningful for me as being known as a good person. There is simply not enough kindness and empathy in this world. We need more of it. 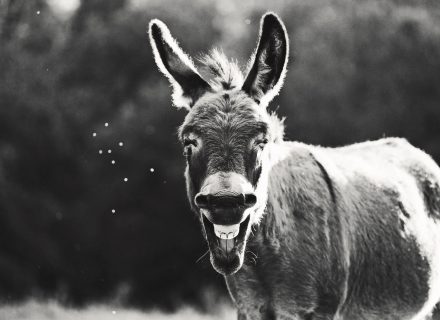