As the world’s first rodeo team composed entirely of Black women prepares for the Bill Pickett Invitational Rodeo, merely outworking, outthinking, and outrunning the competition is no longer enough.

Brittaney “Britt Brat” Logan is learning how to slow down. But as soon as the 33-year-old rider climbs into the saddle on her new palomino quarter horse, Starr, the yellow beast bolts across the corral at full gallop, leaving Logan’s baseball cap in the dust kicked up behind them.

“She don’t know how to ride easy,” trainer Max Diesel says, leaning in, resting his white-whiskered chin on arms folded atop the fence rail on a spring day last year. Riding hard comes with the territory for Logan and her teammates. Since its founding in 2016, the Cowgirls of Color, the world’s first all-Black, all-female rodeo team, has had to outwork, outthink, and outrun the competition just to survive in a sport dominated by white men. That’s why, at least once a week, they would commute more than an hour each way from Washington, D.C., to the Maryland countryside to train with Diesel. But now, as they prepare for the Bill Pickett Invitational Rodeo, the Super Bowl for African American cowboys and cowgirls, it’s no longer enough to just show up as the female team competing against the men. They want to win. And that means refining their considerable skills. For Logan, that means pulling back on the reins.

“Britt Brat!” Diesel says, calling Logan back. Rider and horse come thundering in, thudding to a sudden stop mere feet from the fence. “I gotta get you soft. Your hands. Pull back, hold, and release. Pull back. Hold. Release. Let off like a gas pedal.”

“I can’t get no brakes on her,” Logan says through a gap in her clenched front teeth. Her tattooed muscles are tensed beneath her black tank top and green camo cutoffs.

“You’ve got to hold the pressure on the reins,” Diesel says. “She’ll back away from that pressure. Now I want a slow canter.”

Logan and Starr turn and trot away. Then the canter — and then back to the gallop. Brown just smiles. Logan is one of the newest Cowgirls of Color, and she has embraced the role of the wild and impetuous youth. Brown recognizes the same competitive nature in Logan that she sees in herself. Just five years ago, Brown was an inner-city D.C. woman, born and raised, who had barely seen a horse, much less ridden one. But she had met some cowboys in the local party scene, and eventually one of them approached her about joining an all-female team he was putting together. “I told him, ‘I don’t know how to ride no horse,’ ” she says. “He said, ‘I’m going to teach you.’ I was an athlete. They told us we could do it, and I didn’t have any reason to think we couldn’t.”

Watching Logan from her perch atop a 9-year-old Appaloosa named Tissy, Kisha “KB” Bowles remembers that time well. The cowboys approached her through an adult kickball league. At the time, Bowles was a legal administrator who had only been to a rodeo once, with her mother, a fan who’d had to drag her reluctant daughter along. But her mother had recently died and Bowles had seen an opportunity to honor her memory and try something new.

In the winter of early 2015, Brown and Bowles and a third recruit joined Sandra “Pinky” Dorsey, who as a teen had been one of the only Black riders, male or female, on the Maryland rodeo scene. When the other recruit dropped out, the team tapped Logan, a member-service rep at Kaiser Permanente who had only ridden a couple times. Together, the team went through a six-month crash course in preparation for a relay in the Bill Pickett Invitational that summer. But Logan lost control of her horse, and they weren’t able to finish the run.

In 2016, with another year of practice under their belts, they reentered for the team relay at the national showcase. They didn’t win, or even place. In fact, they were disqualified because Logan dropped the baton during handoff. But they attracted the attention of The Guardian online newspaper, which posted an article that quickly went viral. The Cowgirls of Color had left their mark. “We were the Bad News Bears of rodeo,” Brown says. “The mere fact that they saw us riding horses the way we did, they made a big deal about it.” Dorsey (back) and DeLacy during the second run of the 2019 Bill Pickett Invitational Rodeo relay. The team placed third in the event.

Despite their celebrity, most of the women were still borrowing equipment and horses. The lineup shuffled a bit as new riders came in, and the team had to withdraw from the 2018 Bill Pickett Invitational due to a rider injury. But gradually, the original lineup returned and solidified. Each member scraped together what money she could from her day job and bought her own horse and began caring for it. And it was then that the cowgirls really found the benefits of the sport.

Logan tapped into the adrenaline of riding, feeling the power of the animal beneath her, the speed of the wind against her face, and even exhilaration in the potential danger of surrendering too much or not enough control to her ride. The city girl also relished being outdoors, out in the country, with the peace and tranquility of nature around her.

Brown bought a quarter horse with one blue eye, Blue, and quickly fell in love. The spiritual connection between her and the animal, the give and take, and the devotion of care were like a second parenthood to the mother of a grown son. After falling in love with horses, Brown introduced them to her D.C. nonprofit focused on nutrition and life lessons, to help inner-city children learn to ride. “Growing up in the city, you don’t see horses,” she says. “There’s no land, just buildings and cars. I try to take care of my community, my people. And there is lots of documentation about the therapeutic impact of horses.”

Bowles knows all about therapy through horses. Riding and grooming her new Appaloosa helped her get through the grief of losing her mother. Bowles named the horse Tissy, which was her mother’s family nickname. Tissy also helps keep Bowles mentally focused and healthy. “We’re sitting in our offices at our desks all day, we’re developing bad eating habits, not getting enough sunlight or rest, we’re stressed out,” she says. “This is the opposite. You’re getting out into nature. You get exercise. You relax. And you have to be very present with your horse. Your mind can’t be all over the place. You have to be in the moment, in the now, to be safe.”

And all the cowgirls have learned what they, as Black female riders, represent to their fans.

“I’m providing hope and inspiration to little girls who look like me,” Bowles says. “They’ve never seen a woman or a Black girl ride a horse. And then you have women who say they’ve always wanted to try and they can’t because they’re too old. No. I’m 41. Age isn’t a thing.”

All of these benefits are important to the Cowgirls of Color. But after five years, there are no more moral victories. They’ve invested their money, time, and spirit in this endeavor. And they want results. Last year, they added a fifth rider, Leslie DeLacy, and fielded two teams in the Bill Pickett Invitational, one of which lassoed a third-place finish. They want those ribbons. But they also want real respect — the kind that only comes from winning.

“I can’t wait until it happens,” Brown says, “when we get past all the work and injuries and get out there and show the world what we’ve been doing.” For 36 years, the Bill Pickett Invitational Rodeo has not only showcased some of the finest Black riders and ropers in the country but also preserved the little-known and oft-forgotten legacy of the African American cowboy.

Black cowboys are nothing new. In the years after the Civil War, historians estimate, 1 in 4 American cowboys was African American. Herding cattle was one of the few jobs open to newly freed slaves. During that era, six all-Black cavalry and infantry regiments — the famous Buffalo Soldiers — patrolled the Western frontier.

But as the ranching industry slowly declined in the late 19th century, rodeos and Wild West shows became the last bastion of cowboy culture, and Blacks generally weren’t welcome. One notable exception was Bill Pickett, the son of ex-slaves and a former Texas ranch hand who became a rodeo star by inventing “bulldogging,” a method of wrestling steers to the ground.

The online version of this story has been updated with new information about event cancellations.

Header image: From left: Cowgirls of Color's Selina “Pennie” Brown (back) and Brittaney “Britt Brat” Logan during the first run of the relay at the 1029 Bill Pickett Invitational Rodeo. 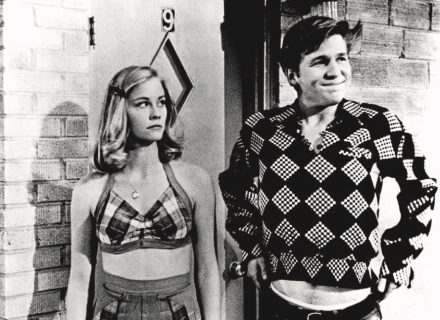