Get the first look at the country singer’s new lyric video for a song about hometown heroes and the great things about living in a small town.

You might know Cody Purvis by his Top 50 country song “Drinkin’ Terms” or from his turn being coached by Travis Tritt as a finalist on USA Network's Real Country. He’s been nominated for CMT's Next Up Now and featured on SiriusXM's On the Horizon and Spotify’s “New Boots,” “Wild Country,” “Next from Nashville,” and “Hot Country” playlists. Now he’s giving C&I an exclusive first look at the lyric video for the title track off his latest EP, Boots on the Ground—Acoustic, which drops today.

We talked with Purvis about the song, life during lockdown, and getting back out there. And he gives us his own Gettin’ Through Hard Times Playlist.

Cowboys & Indians: Tell us about “Boots on the Ground—Acoustic.” What’s the back story on the song? How did it come together?

Cody Purvis: I heard the song years ago, before I was ever putting this project together and it just hit home for me. The song — written by Adam Wheeler, Chris Caminiti, and Jon Langston — is really about all the amazing things that happen and great people that make small-town USA a great place to live.

When I first heard that song, it was in a publishing meeting pitch. It reminded me of small-town Virginia. It tells the story of those people out there who are in every small town, who work hard, love our country, and make this a better world to live in.

As COVID hit and we were thinking about how we were going to keep our momentum, this song suddenly took on a new meaning. We were suddenly isolated from all the great things that this song mentions: hard work, football Friday nights, college girl screaming in front of the stage, and so on. Instead of singing “it’s everything I love about this town,” it became “it’s everything I miss about this town.” So we decided to use it to honor those fans who were out there with “boots on the ground” on the frontlines of this pandemic to keep our communities humming. The stripped-down feel of the acoustic version is also very appropriate at this time — it’s absolute commentary on how this virus has squelched the music industry — so it just works.

C&I: Who’s playing what on the “Boots on the Ground—Acoustic” track?

C&I: Who produced it?

C&I: Where was it recorded?

Purvis: The Rukkus Room, a studio in the Berry Hill community, a small area located just outside of Nashville’s downtown footprint. This area is home to many studios and is like a secondary Music Row.

C&I: The lyrics really hit home. … “Hands in the air and boots on the ground”…To me, “hands in the air” means praising the Lord. Is that what you’re talking about?

Purvis: That’s definitely part of it. But, also, as a musician on stage, if people put their hands in the air, that’s when they are getting into the music. So it’s a great thing, either way.

C&I: Where's home for you, and how’s everyone at home doing?

Purvis: Charlottesville, Virginia, is where I’m from. My entire family (with the exception of my mom and my brother, who live in Nashville) lives there.

Thankfully, everyone is doing fine. I do a Zoom call with them every Sunday to check up on them and stay in touch.

C&I: How and where have you been spending lockdown?

Purvis: Well, for a while there, when everything was closed, I did a few livestreams for fans, worked for Erv [Woolsey] at his farm, and I took a boat out on Percy Priest, a beautiful lake just outside of Nashville, and got some sunshine with a few friends. Now that things are opening back up, I’ve been back in the studio tracking a few songs for a new project we are really excited about.

C&I: What has this period meant for you as a musician who is used to being out there playing live?

Purvis: It’s been hard for all musicians to put what we do for a living on hold and not being out amongst the fans. It’s been really difficult and we are all looking forward to getting back out there.

C&I: What is it like to play live, even if it’s just you and the guys in the band, without an audience?

Purvis: The band and I have played together for several years now and we just have such great chemistry. We have a lot of fun whether we are playing to just a few people or whether it’s a large crowd. It’s something we love to do. We literally live and breathe for the stage and the bright lights. Obviously, the bigger the crowd, the more energy we absorb from them and the more exciting it is for everyone. We miss this energy for sure and can’t wait to get back out there again. 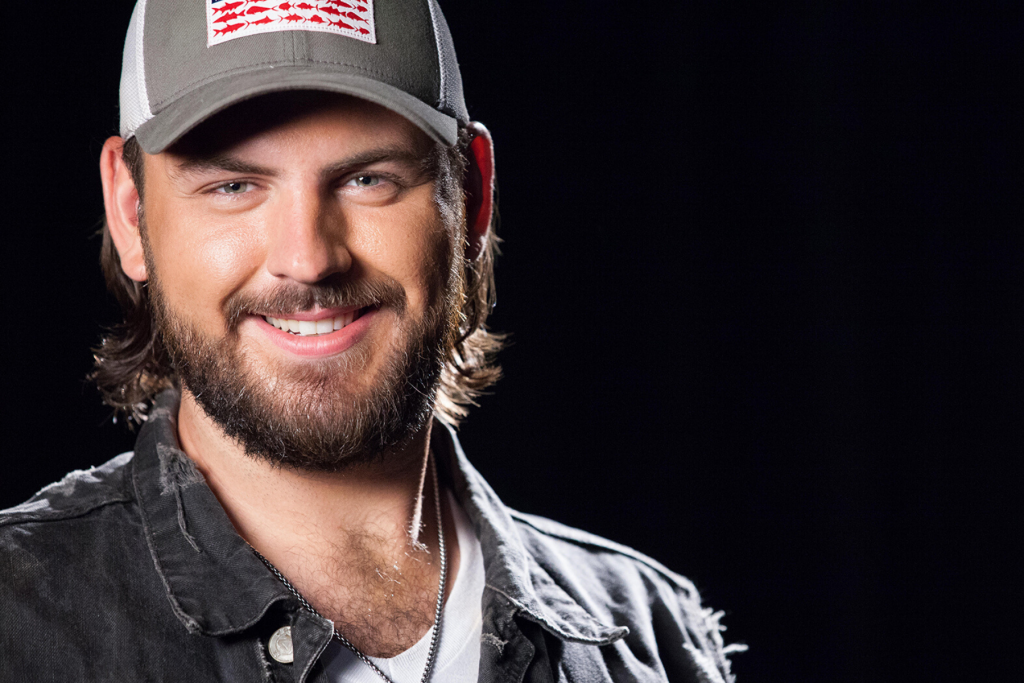 Purvis: When you are doing a session, you have a couple of people in the room. We all sort of toss out ideas for songs, and as a group we decide what we want to focus on and then we start writing toward that thought. What’s really cool is that even when you have your own stories and ideas about where the song is going, there are several other people in the room with different stories and ideas that are incorporated into the song to create a universal story that is much different than what you would have written had you been writing it on your own. It’s like Forrest Gump’s box of chocolates. … When you walk into a writing session, you never know what you’re going to get, and that’s part of the thrill of it.

C&I: How did you stay in touch and keep the music coming while everyone was in lockdown?

Purvis: I Facetime with the band at least once a week and we did get together one time at Paul’s house just to visit and talk about when we thought we would be able to get back out and start doing real shows again. Even though it was brief, and we were careful to distance socially, it was good for us. I think we all needed that sense of normalcy and getting together was therapeutic for all of us during these crazy times.

As for keeping the music coming, we have been doing livestreams for the fans, but we had to put a lot of plans on hold, which when you are coming on your first Top 50, is not a place you want to be because you potentially lose that momentum. That’s probably been the hardest part of this. So that’s why we reissued “Boots on the Ground—Acoustic” as an acoustic project. We hope it provides the opportunity for more fans to hear my music, and if we raise some money to help musicians who are struggling because of this lockdown, that’s the best thing we can do for the time that we are in.

C&I: As lockdown is lifting, what are you most looking forward to being able to do again?

Purvis: Obviously, we are definitely looking forward to playing music, and to re-starting the Nashville’s Most Wanted series at The Local, but also, for me personally, just to be able to see my friends, or to sit at a bar and have an ice-cold beer after a hard day of work would be great!

C&I: What are some things we should definitely eat/do/see in your hometown/where you live now?

Purvis: Nashville is an amazing town and because we are Music City, there are always great shows to go to and live music. We’ve got great museums, beautiful parks, a full-size replica of Greece’s Parthenon (except ours is not in ruins), and believe it or not, Nashville has become a great food destination. Right now, I’m craving some Nashville hot chicken from Party Fowl! AMAZING!

C&I: What might we be surprised to learn about you?

Purvis: Besides being a “momma’s boy”? [Laughs.] I guess what shocks most people is my height. I am 6’6” tall, which isn’t sometimes obvious in my publicity shots or a video, so people will often tell me when they meet me that they didn’t realize that I am as tall as I am.

C&I: What’s next for you and the band?

Purvis: Since the studios are opening back up, we are back in it tracking songs for our next project. We are beyond excited about the material and we know the fans will be too! We are looking forward to getting this out there toward the end of the year or early next year. We are also working to get back on the road … to reschedule a few of these dates that were postponed and to announce some new tour dates. I really do miss the connection with the fans and making music — something many of us took for granted. I guess that’s the silver lining in this: The music is going to be much sweeter for a lot of people, at least for me, anyway. “Boots on the Ground—Acoustic” — Cody Purvis
This song has always been about hometown heroes and the great things about living in a small town. We need these people, and now, more than ever before, we appreciate these communities and the people in them.

“A Country Boy Can Survive” — Hank Williams Jr.
I’m pretty proud of the fact that I can “skin a buck and run and trout line” and will be okay if there is a huge food shortage. Now if I could just figure out how to deal with the toilet paper issue!
“Waiting on the World to Change” — John Mayer
“If We Make It to December” — Merle Haggard
“Be a Light” — Thomas Rhett (and guests)
“Six Feet Apart” — Luke Combs
“Beer Can’t Fix” — Thomas Rhett & Jon Pardi
“I Wish Grandpas Never Died” — Riley Green
Sadly, one grandpa or grandma lost to this virus is one too many. I’m with Riley on this.
“Where the Stars & Stripes & The Eagles Fly” — Aaron Tippin
“I Think I’ll Just Stay Here and Drink” — Merle Haggard
“Hard to Forget” — Sam Hunt
“Smoke a Little Smoke” — Eric Church